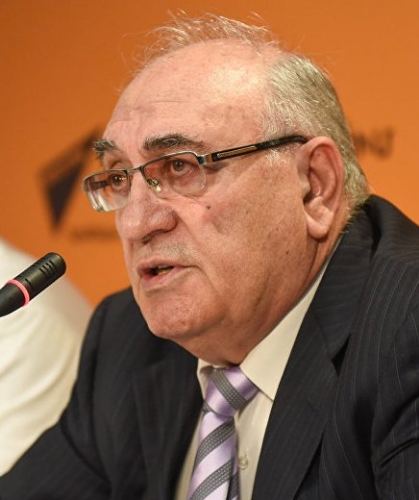 On June 11, the Armenian government decided to provide a budget loan of 63 billion 200 million AMD from RA state budget to the Armenian Nuclear Power Plant CJSC to finance the lifetime extension of the second power unit of the ANPP, renouncing the remaining $ 70 million of the Russian loan. Reminder: in 2015 Russia has signed a $ 270 million loan agreement with Armenia to provide a $ 30 million grant to extend the lifetime of the ANPP's second power unit.

Suren Azatyan, President of Nuclear Energy Veterans Union of Armenia, former General Director of the ANPP, said in his interview with EcoLur about this resolution reached by the Armenian government. "This governmental resolution has two advantages: first of all, the works will be affordable by 2-3 times, on the other hand, our Armenian organizations will be involved. The work that our local organizations cannot do will be performed by the Russian side.” He noted that the decision was not political.

"This governmental resolution is a very smart, right decision. Today, our 3-month work is divided into 3 years, and again they did not have time to carry it out at a full voluume. If we had money, we could do it very easily.

The nuclear power plant has 600 thousand different types of equipment. For this extension it is necessary to evaluate all the equipment that can be replaced and modernized. As for the reactor itself, certain metals of the reactor must be thoroughly inspected in order to operate it safely after the lifetime extension. When we decided to re-launch the nuclear power plant, the same thing was performed," Suren Azatyan said.

According to him, $ 200 million has been spent on the modernization of the ANPP second power unit, $ 95 million will be spent instead of $ 70 million planned for the rest of the work aimed at improving the safety of the ANPP so that no half-finished work is left.

In response to EcoLur’s question EcoLur whether it would not be expedient to direct a part of the state loan to the construction of shelters in the communities in the ANPP-impacted area and the acquisition of necessary things, Suren Azatyan said, “As for the security of the settlements near the nuclear power plant, there is a 30-kilometer zone here. The security of those settlements is ensured by the security of the station. Affected communities are equipped with radiation situation and control measures, monitoring alarm systems to make timely decisions, take administrative and organizational measures.”