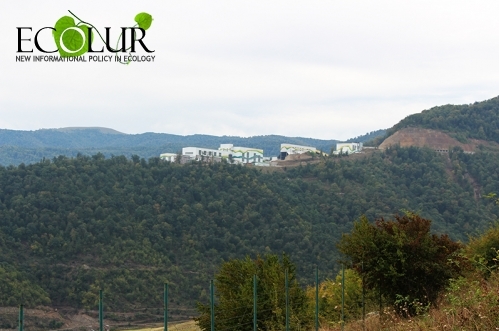 The residents of Teghout settlement, Shnogh enlarged community in Lori Region demand to be hired by "Teghout" CJSC, which operates Teghout copper-molybdenum mine. In order to raise the demand, Teghout blocked the road leading to "Teghout" CJSC for several hours on August 21.

Teghout resident Martin Shakhkyan told EcoLur that they have an agreement to meet with the company's administration. "After exhausting all possible means, we decided that we would take an extreme step, that is, a protest demonstration. They asked us for 10 days. They said that their representative would come from the Russian Federation on August 31, so there will probably be a meeting on September 1. Several people from our group will be selected to participate in the meeting. They promised that he would receive us and solve the issues. "But if the meeting did not satisfy us, we will block the road again," he said.