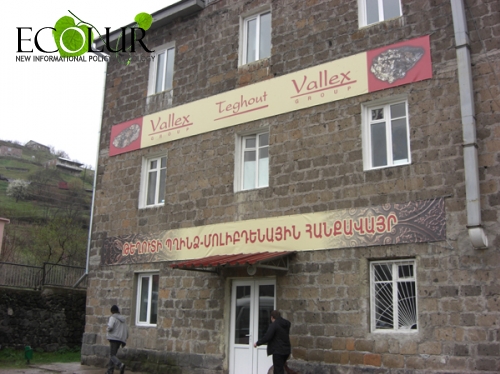 'Teghout' CJSC released a new statement, which says that 1032 out of its 1190 employees received notifications on the termination of their employment agreements. The company statement says, 'As of 31 January 2018, the number of the company employees made up 1190 people, out of which 1032 employees have received notifications on the termination of their employment contracts in 2 months based on the company staff redundancy. Nevertheless, the company does its best trying to maintain the nucleus of the staff having narrow specialization so as to enable quick re-launch of the production after solving the problems the company is currently facing giving priority to laid-off people. As a result of redundancies, the number of the company staff will make up around 300 people, who will deal with the preservation of the company area and property, as well as maintaining complex equipment needing special care. Around 200 people will be transferred to other companies of 'Vallex' Company Group to jobs in line with their professions and qualifications.'