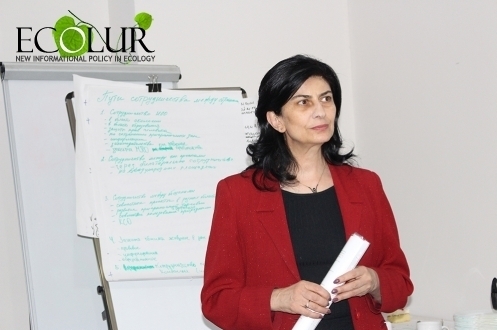 The case of Lydian Armenia CJSC v. Nazeli Vardanyan, a member of the working group set up by the decision of the Prime Minister of the Republic of Armenia, has been accepted for litigation, however, the latter has not been informed about it and has been informed about the case from the Internet. The case will be heard by Court of First Instance of Yerevan on December 12.

Lydian Armenia CJSC, which has the right to develop Amulsar gold-bearing quartzite mine, has filed a lawsuit against Nazeli Vardanyan on grounds of discrediting its business reputation. The company demands from court to oblige Nazeli Vardanyan to publicly refute the phrase "Why does Jermuk fund 80 million when Jermuk is not an affected community ... what does it mean?... it is a form of bribery, there is no other option...". The company considers the expression defamatory and also demands that Nazeli Vardanyan is charged 1,000,000 AMD in favor of Lydian Armenia CJSC as compensation, as well as resolve the judicial costs.